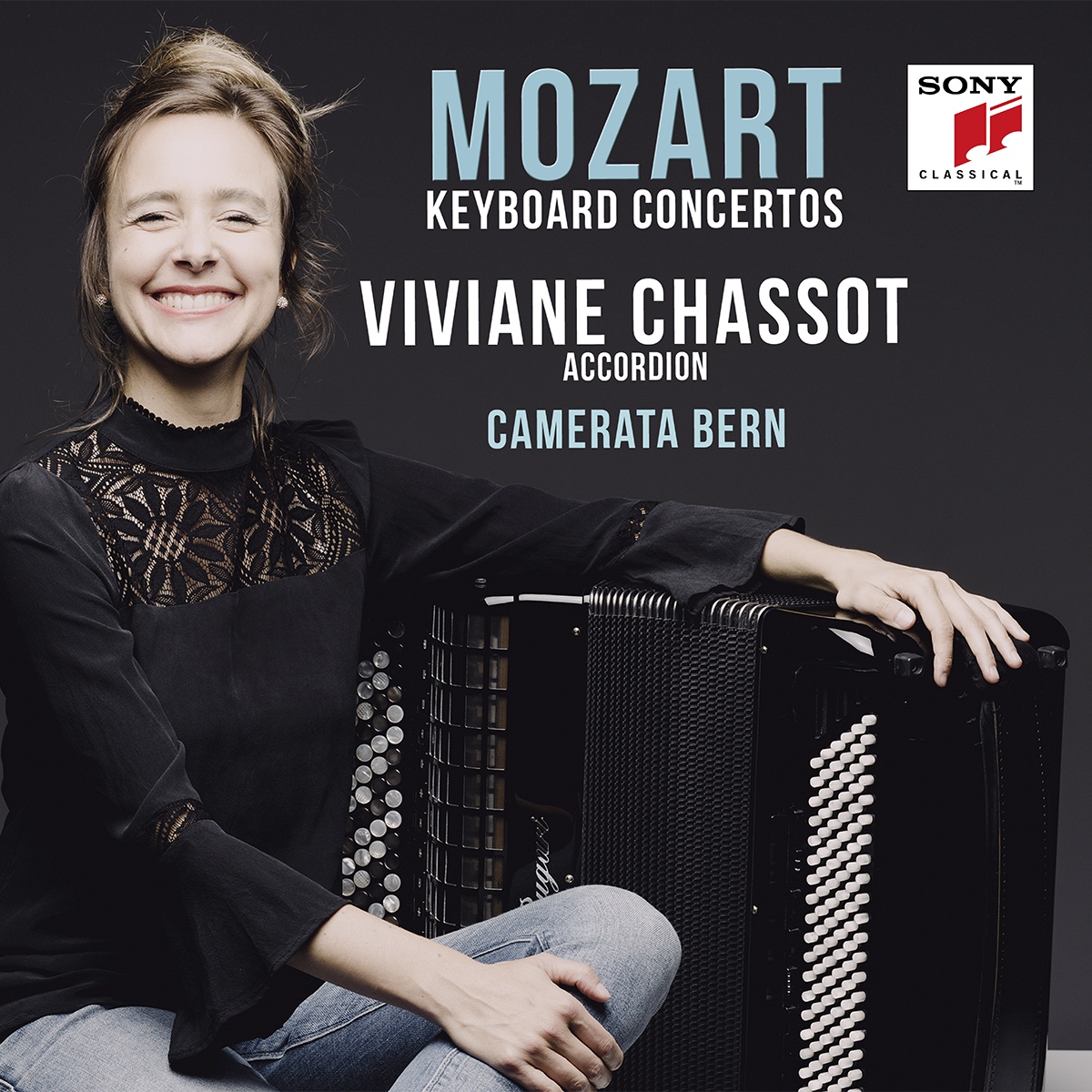 Just in: the new CD by accordionist Viviane Chassot with Camerata Bern on Sony Classical: Wolfgang Amadeus Mozart – Piano Concertos K. 413, 450 & 595. After a selection of piano concertos by Joseph Haydn, also released by Sony Classical in 2017, here’s the versatile accordionist’s next step into the world of the First Viennese School.

“Piano concertos by Wolfgang Amadeus Mozart without piano. Accordion virtuoso Viviane Chassot makes it possible. With her new CD, which was produced in collaboration with Deutschlandfunk, she takes a fascinating new look on Mozart. The Swiss artist has transferred three Mozart piano concertos to the accordion with respect for the original, fantasy and an unerring feeling for the expressive possibilities of her instrument. The art of songful playing is particularly close to her heart, an aspect where the accordion is perhaps even superior to the piano. Together with Camerata Bern, she produces an unheard-of sound result.” Deutschlandfunk

Here you will find a video from the recording session and here a portrait of the artist in the Neue Zürcher Zeitung (in German).